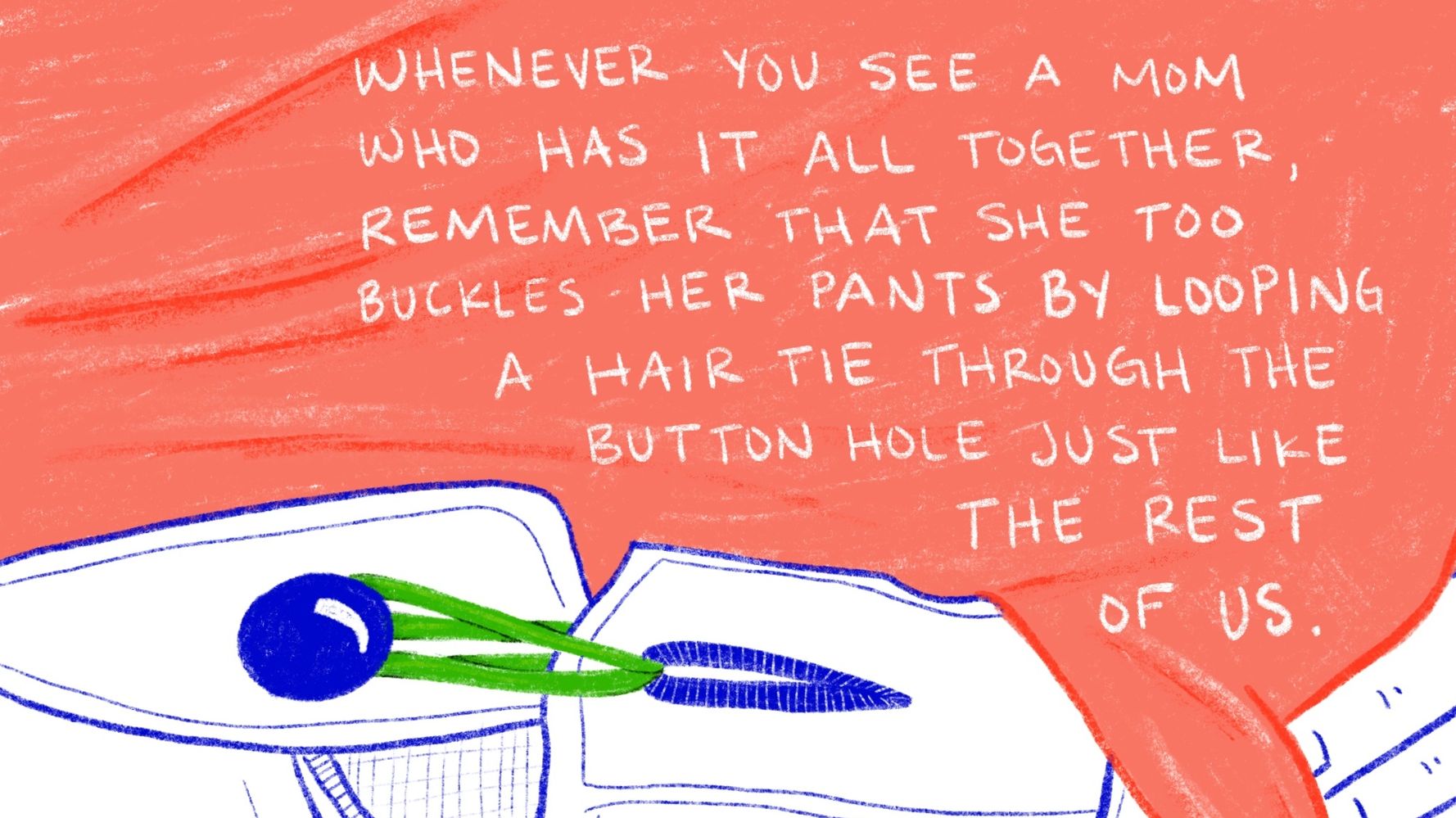 Being a parent to young kids is full of highs and lows, with moments of pure joy, laughter and pride — and also moments you kind of want to pull your hair out.

After she had kids, McMillen said, her personal art took a back seat for a while. Then, in 2019, while she was at home taking care of two babies (then ages 2 and 4 months) she got the itch to draw again. She bought a cheap digital pen and would doodle on her phone while she was nursing.

“I started posting whatever I could as a 100-day project, and naturally most of my drawings were about my thoughts on being a mom and also became an experimental space to explore my own sense of humor,” she told HuffPost in an email.

In her comics, she tackles everything from postpartum hair loss to tantrums to mommy message boards to breastfeeding to poop, among other topics. These days, she gets a kick out of capturing those moments when she’s acting as childish as her kids, now ages 5 and 2 1/2 — something she discovered a lot of her followers can relate to as well.

“Sometimes, it’s easy to think of myself as having to be the strong one, or the responsible one. But the truth is that my kids say ‘mine’ about their toys about as much as I say ‘mine!’ when they take my phone or coffee or bed or food or anything!” McMillen said.

“It’s kind of silly when I think of it that way. I’m supposed to be the grown up, but my own emotions can be just as fickle as those of a 2-year-old. We are all growing up with our kids too.”

Her favorite part of being a parent, she said, is getting to watch her babies blossom into their own little people.

“I’m in awe every time they make up a new game or make a new connection about life,” McMillen said. “I could watch them play and sing and explore and never not be amazed.”

However, she also acknowledged that she misses the “freedom and weightlessness” of her days before she became a mom.

“Nowadays, I rarely get to choose when I wake in the morning, when I shower, when I get to draw etc. It’s all dependent on my kids’ needs that day,” McMillen said. “I know this time with them being so young is short, but it sure does feel like forever when you’re in the thick of it.”

“Humor won’t take the hard stuff away, but it can make living through it a bit more bearable.”

One of the biggest compliments, according to McMillen, is when another parent tells her that seeing one of her posts pop up in their feed brightened their day in some way.

“I hope that my quirky take on motherhood and life momentarily lifts the spirits of other moms who are also feeling overwhelmed by it all,” she added. “By sharing my own struggles in an offbeat way, maybe other parents will find the nuggets of humor in their own experience. Humor won’t take the hard stuff away, but it can make living through it a bit more bearable I think.”