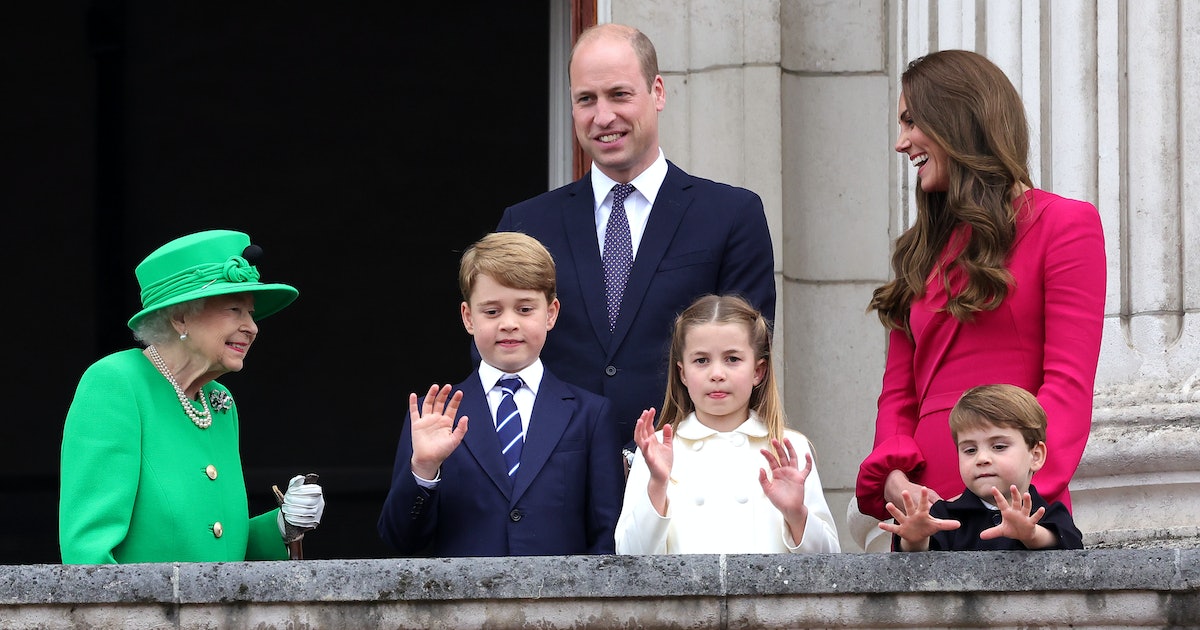 
Yesterday, September 8th, the Palace confirmed that Queen Elizabeth II had died peacefully at her home in Scotland after concerns over her health grew early Thursday.

As the preparations for the 10-day service get underway and nations worldwide send condolences, the royal family is mourning. And according to a source that spoke to Closer, Kate Middleton wanted to make sure her three kids — Prince George, 8, Princess Charlotte, 7, and 4-year-old Prince Louis — heard from her that their beloved great-grandmother had died.

It was previously reported that while other senior members of the royal family changed plans to head to Balmoral Castle in Aberdeenshire, Scotland, following reports of the Queen’s ailing health, Kate stayed behind. Her children were attending their first full day of school, and Kate was available for them.

“Kate didn’t travel to Balmoral to be there for the children. She gently told [Prince] George, [Princess] Charlotte, and [Prince] Louis about Elizabeth’s passing at Windsor prior to the official announcement,” a source told Closer.

Before the world learned of the Queen’s death, Kate was photographed leaving her home at Windsor Castle to pick her kids up from school at Lambrook School in Winkfield Row, Berkshire.

“She wanted them to hear about the tragic news directly from her to ease the blow,” the insider continued. “Kate used her words carefully and said that Elizabeth is in heaven with Prince Philip. There were lots of tears and hugs and naturally the children are upset.”

The conversation was likely a difficult one for Kate to have with her kids. Talking to kids about grief and death, however difficult, is important to do and parents need to help their kids process their feelings.

Plus, there would have been additional challenges to ensuring the kids found out before the world did. The fact that Kate could let her kids know directly of the news is an important thing, and a specific challenge that public families have to navigate that might be hard to understand for others.

It’s not known right now whether any royal kids will attend any public services planned to honor the Queen.